More than 50 AgTech companies are expected to be involved in PIRSA’s new AgTech Startup Hubs which were recently announced at the Advance Ag conference.

The AgTech startup hubs will be located at two of the existing PIRSA AgTech Demonstration farms, located at Minnipa on Eyre Peninsula and Struan and Kybybolite in the South East.

The State Government has opened expressions of interest for AgTech companies wanting support to develop and commercialise their ideas on the demonstration farms, assisted by a range of services to be delivered by the BDO Advisory’s AgTech division and Hydra Consulting.

Associate Director for AgTech at BDO Michael Macolino, said 35 companies have already deployed their technology across the PIRSA demonstration farms since they were launched in June 2020, “we will be offering additional commercialisation support to these companies to help them meet the needs of regional producers”.

“The State Government wants to utilise these demonstration farms to support research and development type activities around AgTech – they want to attract the most innovative start-ups from around Australia and overseas, to come to South Australia to leverage the AgTech startup hubs for trials, R&D and demonstration.”

“We also see this as an opportunity to foster collaboration between the more mature AgTech companies and those working with earlier stage technologies”.

The South East hub has a focus on livestock and grazing while the Minnipa farm focuses on technologies to improve cereal production. The Loxton demonstration farm, which already has University of Adelaide incubator ThincLab, has a horticulture focus including citrus, almonds and wine grapes.

The expression of interest process was announced at last month’s AdvanceAg conference in Adelaide, which attracted 500 primary producers, AgTech developers and industry leaders. 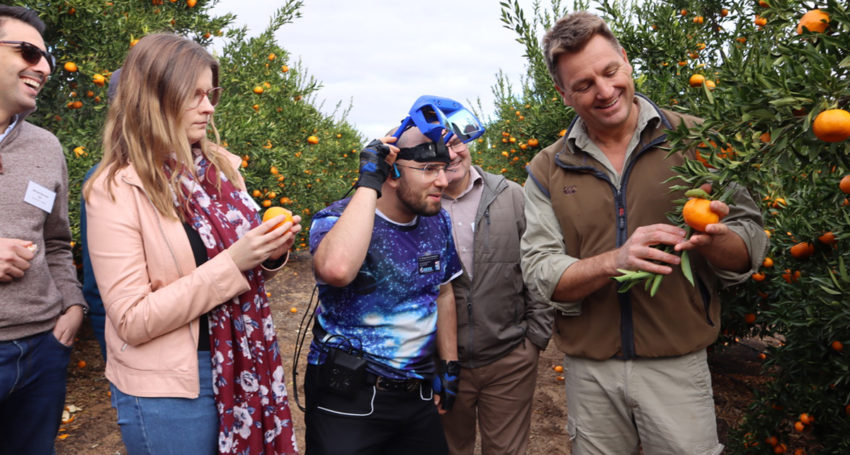 Macolino said a public information webinar detailing the AgTech Startup Hubs would be held in mid-November with the first EoIs likely to be approved towards the end of November.

“BDO and Hydra Consulting will be meeting with the companies who are accepted into the AgTech Startup Hubs, to determine where they are at in terms of technology readiness, so a program of support can be developed to assist them in advancing their technology and commercial development,” he said.

“We’re looking at the business model of an AgTech company, how they develop their product to meets the needs of South Australian producers as well as assisting them from an operational perspective to make sure they have a financial model and funding which can meet market demands.”

Technologies road tested so far at the demonstration farms include a broad range of sensors for measuring things such as soil moisture and fruit growth as well as a number of geospatial remote mapping technologies and farm management software solutions.

“Our goal is to find, deploy and integrate a complete range of AgTech solutions, which demonstrate the real world value proposition to regional producers, across crop types and farming systems”

“At the moment the majority of the technologies deployed on the Demonstration Farms are in-field sensors and software which interprets the data they collect, as well as farm management software which help farmers plan and monitor activity on farm.

“There is growing demand for on-farm robotics and automation solutions, so we will be looking to engage with AgTech companies developing these solutions through the EOI process.”

Agricultural technology has been identified as a key factor if Australia is to achieve the National Farmers’ Federation’s goal of $100 billion annual agriculture production in Australia by 2030 from the current level of about $63 billion.

“We know that increasing the use of AgTech on-farm and throughout the supply chain will be a boon for the whole state with our farmers growing more food and profitability,” he said.